What My Rounds of Golf With Dad Taught Me About Finance

Did he get his golf game from you? That’s a question my dad, John Quinley, has been asked many times during the past 10 years. 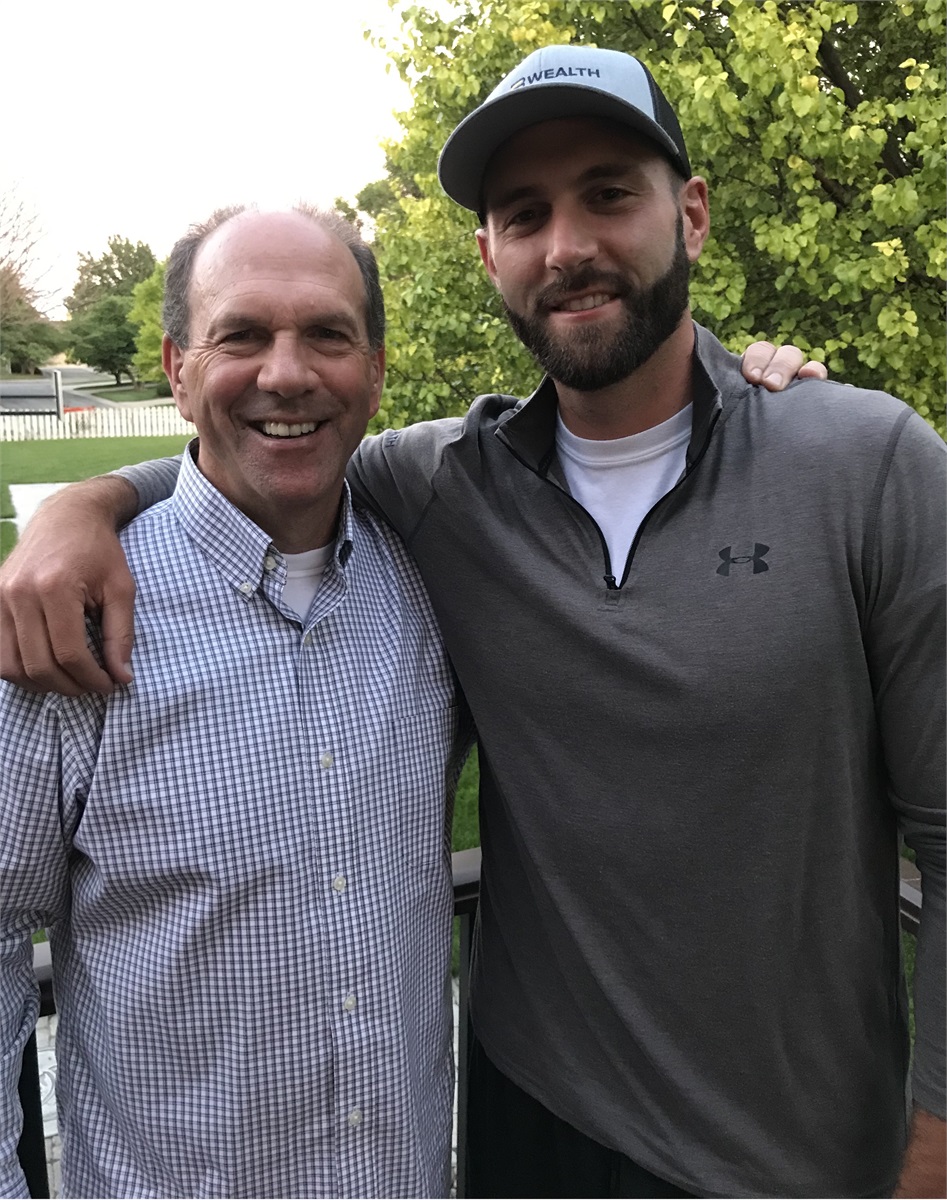 As we teed it up recently at Salina Muni and he sent his first shot dribbling off the front of the tee box, I realized one thing: It is probably a good thing the answer to that question is consistently no. That being said, if my dad is made up of 99 percent other things and 1 percent golf, I would be as proud as ever to say I am made up of that 99 percent.

In 27 years on this Earth, never once have I stopped learning from this man. When I ask him questions about life, his answers always intrigue me.

This summer, I will become an uncle and, I’m sure in the coming years, a father. So, I posed the question to Dad, “What do you feel you did well in raising your kids?” As Dad rolled his 30-foot putt within inches of the hole, he looked up and said, “We participated.”

In all stages of life, John and my mom, Mary Quinley, were involved in what my sister and I were doing. They never pushed one thing or another on us but rather supported and participated in anything we chose to do. Whether it be sports, school or into our professional careers, they were always there.

“Now, you get a parenting mulligan, what would you do differently?” I asked Dad, right after he asked me if he could hit a mulligan on his tee shot.

I was basically asking my dad where he hit one out of bounds when raising my sister and me, and I eagerly awaited his response. Lucky for us, those mulligan moments were few. His answer is one I think can resonate with a lot of parents: “I wish I would have learned earlier in life that my kids were doing their best.”

Dad, like most parents, wants nothing more than to see his children succeed. He wanted this so badly that it caused frustration. I can remember more than one occasion when I would look up from missing another 2-foot putt and see him walking off the golf course because he couldn’t handle watching. He said, “It became a lot more enjoyable when I realized it’s not like he’s trying to miss these putts.” I just thought it was pretty cool to have a dad who was as frustrated about the yips as I was.

By this time, we are into the thick of our round, and I would like to say we have been striping it and knocking down pins, but that would be stretching the truth. We were pretty deep into our conversation, and below-average golf was just kind of a side topic.

Dad has been in several leadership roles throughout his life, both in his career and in the community. Some of these include being the president of Land Pride, former president of Salina Area United Way and current president of CAPS.
When I asked him about the most important qualities of a leader, he said three things: be positive, be thankful and always make people feel appreciated.

Attitudes in the workplace are contagious, positive or negative. In a leadership role, you can’t afford to have a negative attitude because it will trickle down. Dad said he never likes to leave a conversation at work without saying thank you. He has always felt that making sure people know they are appreciated is a top priority.

His last thought on leadership or management really stuck with me. He said, “At the end of the day, you are just another person trying to make a decision. It is very rare that I will go against the grain of the people I am working with.”

As we approach the green on our final hole, Dad hits yet another good wedge shot. For a man who plays golf rarely, I am pretty impressed with his move on a wedge. He might have some golf potential yet.

When I asked my dad who he would play his dream foursome with, he chose his two grandmas and his aunt. I thought he chose these three because for the first time, he could be the low score. Turns out his reasoning is different. These were people he learned a lot from, and all three genuinely love or loved life.

Dad believes the best way to find happiness in life is to get the “grass is always greener” out of your mind. He said, “There can always be a better job, a better relationship, a better place to live, a better everything. If you are always thinking this way, you will never be truly happy because it will never end. Love the commitments you’ve made and the consistency. I have worked for the same company for 35 years, been married to the same wife for 36 years and lived in the same town for my whole life. I couldn’t be happier.”

The pin clangs the bottom of the cup and the round comes to an end. We didn’t keep score, nor would we want to publish what we shot. More life lessons than birdies, so I will consider that a success. I want to thank John Quinley, my dad, for letting me interrogate him while we golfed. It was a blast, and I look forward to doing it again.